Is a Crypto bear market coming?

Please remember that cryptocurrency is a not a regulated asset class. See FCA warnings here. Your capital is at risk.

It's the question on a lot of people's minds. What will happen next in crypto?

For those who have invested in crypto, 2021 is likely to have been a pretty good year. But as Bitcoin remains steady, ranging between $60k-$63k, many are wondering what's next. Not just for Bitcoin, but also for altcoins. And after that, are we heading into a bear market?

There are some key assumptions that many seem to be making though. It's worth challenging them. Let's remember that crypto as a genuinely mainstream asset class only came to the fore in around 2017 at the earliest, and some may argue it was actually 2020.

Given how new everyone is to crypto, can we really rely on past cycles to predict how things will pan out this time? When Bitcoin fell flat after the $20k peak, many were saying "I told you so". I myself was a skeptic of crypto in that cycle. I've since changed my views having done a lot more research and future-gazing.

Back in the previous cycle, what was also interesting is that after Bitcoin ripped and fell, the smaller coins (known as "altcoins") went on a massive run and made a lot of people lots of money.

Naturally, many are now wondering what is going to happen with Bitcoin and subsequently altcoins. Will it follow a similar pattern with Bitcoin running to $100k as many are predicting, followed by altcoins making a big run like last time.

Or has the market changed with lots more investors and lots more acceptance?

Here's some potential ways we could move.

The obvious route is that we just follow exactly what happened last time. Let's face it, the conditions are there for BTC to run up to $100k. It's settled nicely around $60k, there is a lot of sticky money in BTC and markets always tend to be quite buoyant around this time of year. If this happens, many folks will naturally shift money into altcoins in preparation for them doing the same. Here's an image supporting the altcoins up theory: 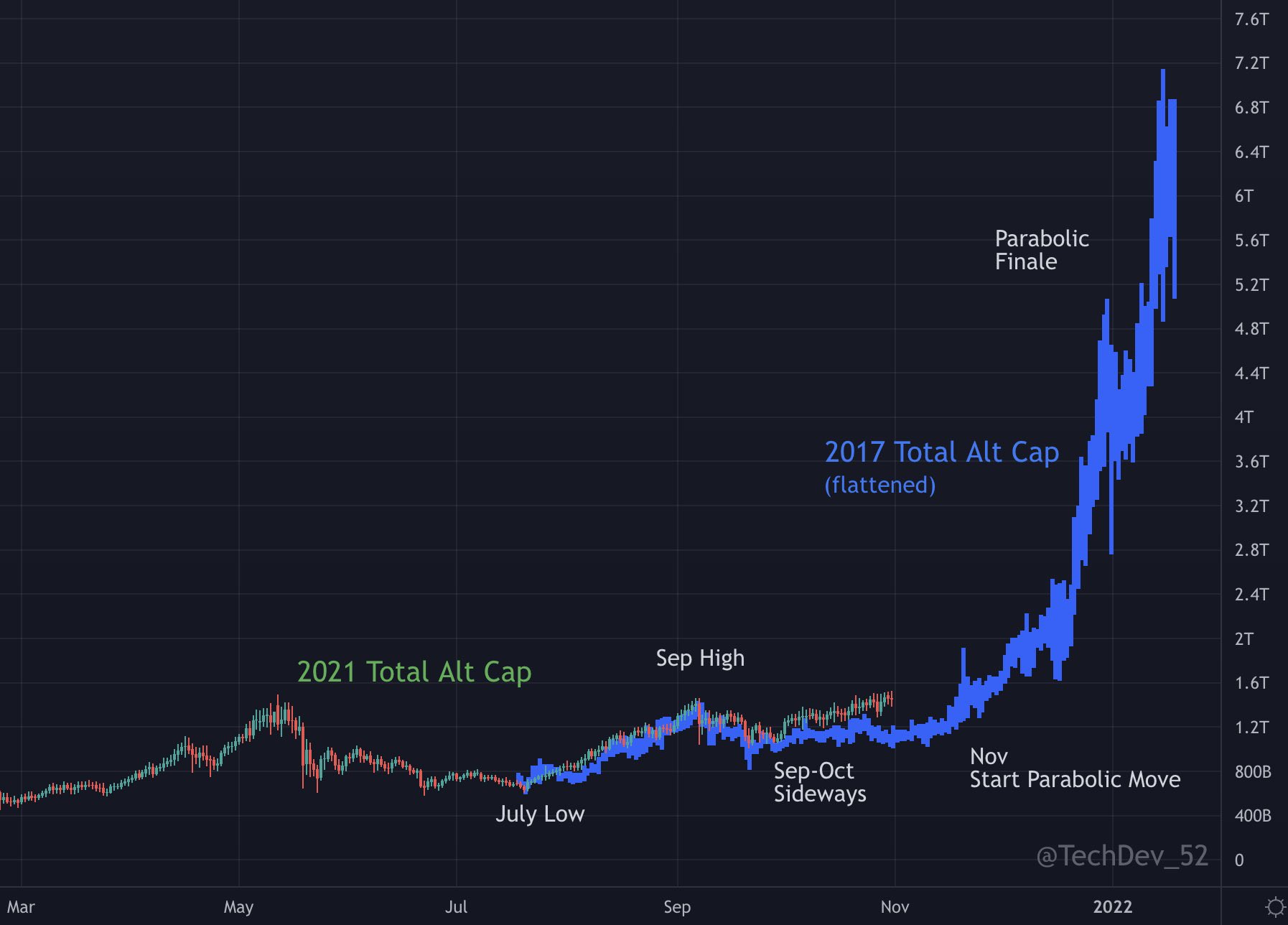 History dictates that a big run on BTC and altcoins is followed by a 2-year bear market. Many are of this view. Nobody actually knows though.

The counter-argument to this though is that that was then, and this is now. Crypto is a completely different market to what it was in 2017/18. There is a lot more money in it and lots more institutional acceptance. It also feels like there is a lot more general acceptance that crypto is not going anywhere.

It's entirely possible that rather than the old rulebook being followed, the rulebook is still in the process of being written.

3. We carry on steady

Very few people seem to be acknowledging that perhaps we are not going to see any big run on anything. It's perfectly possible that things just carry on as they are.

In support of this would be the argument that much of the cash influx into crypto has already happened, and most investors are happy to stay put.

4. Mild run up, no bear market

This is also quite a persuasive potential route. Maybe we don't get an explosive route up like the last cycle, and actually everything is much more conservative.

So the run up is drawn out over a longer period of time, and there is not the severe crash that happened with the last cycle.

Crashes occur when people are furiously taking their money out of a market, usually down to distrust that their money is safe. But with the changing attitudes to crypto that we've seen over recent months, is that even a thing any more?

This article does not seek to conclude anything really, it's merely some musings on how the crypto market might go over the next few months. The only certainty we have is that nobody knows anything (despite what they may say). Remember to always stick to sensible investing rules, that applies in particular to crypto. Don't invest money you couldn't afford to lose, make sure you are investing via safe, reputable exchanges, and don't blindly follow other people - be sure to do your own research.

Please remember that cryptocurrency is a not a regulated asset class. See FCA warnings here. Your capital is at risk.

Every British Muslim needs a will. IFG Wills is an affordable quality option entirely online.

Get exclusive tips, resources and courses delivered straight to your inbox from IFG. 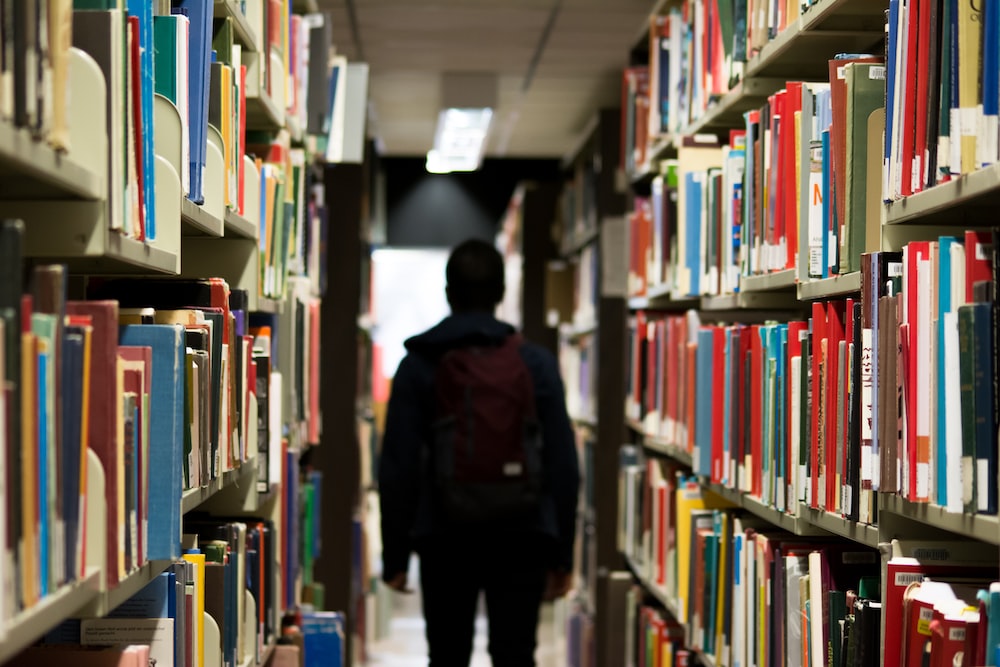